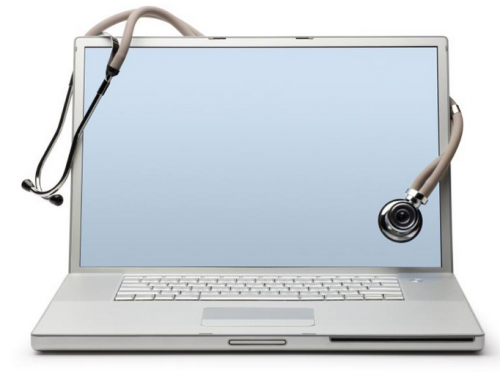 Few things are guaranteed to annoy a doctor more than the suggestion that he or she can easily be replaced by a machine – surely, we argue, a computer can never replace the subtlety and complexity of medicine – yet this is exactly what some technology experts are suggesting will happen in the near future – can they be right and should we be worried?

Computer programmes designed to interpret complex situations have been around for a long time – the ‘Deep Blue’ chess programme beat grandmaster Garry Kasparov as long ago as 1997.

IBM now have a computer programme called ‘Watson’ which is being used as an aid to diagnosis and calculating treatment regimes in cancer patients – acting as a ‘super brain’ capable of processing the vast amount of information and updates that doctors are required to keep up with – by applying statistical algorithms to patient data the computer can predict what treatment regime is likely to be effective for that person. This type of ‘computer aided medicine’ is now commonplace – helping the physician to make the correct treatment decision from analysis of a very complex situation.

Further incursions by computers onto traditional medical territory include the plethora of monitoring devices for chronic diseases like heart failure and diabetes, analysis of exhaled breath metabolites to make early diagnosis of cancer and other disorders and the relentless advance of telemedicine. Is it too far – fetched to think that the computer could actually eliminate the need to a doctor at all in some of these areas by interpreting the data and making the decision itself?

Having a computer make a few technical calculations is one thing – having it replace the human interaction of medicine may be a bigger challenge – we feel confident that patients would prefer to talk to a real doctor – and yet there are some studies that suggest patients may actually prefer talking to a computer avatar than to a human doctor – the computer is always empathetic – never has a bad day and is never rude or irritable!

Change is uncomfortable for many professionals, but change is also inevitable and unstoppable. If you told me, even 15 years ago, that most varicose veins would now be operated on under local anaesthetic using an ultrasound guided laser technique I would have laughed out loud and called for a psychiatrist – yet that is exactly what has happened – with better results and lower vein recurrence – I now spend almost all my professional time doing this operation.

Robotic surgery is increasingly used with evidence of greater accuracy in joint replacement and prostate surgery than human surgeons operating alone can achieve. Some think that the robot may be capable of operating more independently rather than having a human surgeon controlling it.

Arthur Schopenhauer the 19th Century German philosopher said ‘A truth passes through three stages. First, it is ridiculed. Second, it is violently opposed. Third, it is accepted as being self-evident.’ I have personally witnessed this process in my specialty.

So, will computers completely replace human doctors – I doubt it – but I’m certainly not going to bet against it!